Local Tech Talk Focuses on Government in the Digital Age 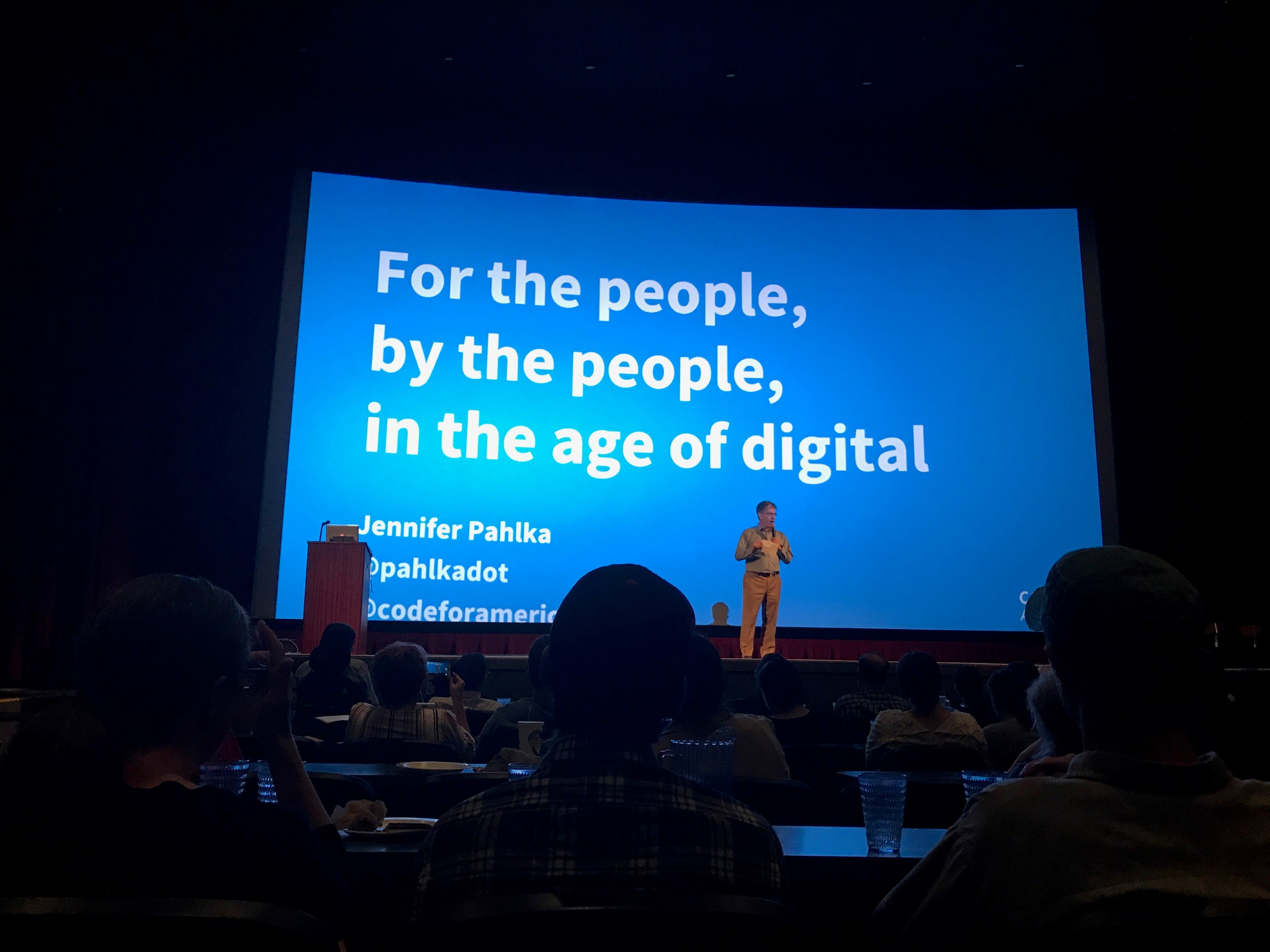 Tech industry leader Jennifer Pahlka recently spoke to a packed audience in Anchorage about the role technology can play in solving society’s challenges. Pahlka served as U.S. Deputy Chief Technology Officer from 2013 to 2014 and is the founder of Code for America, a nonprofit that aims to help the government better utilize technology.

During Pahlka’s talk on July 6 at the Bear Tooth Threatrepub, she explained how Code for America places teams of professionals around the country to help government agencies build websites and apps that address local issues. With a focus on affordable, open-source tools, they have built solutions for everything from helping parents select schools for their children to reducing bench warrants by making traffic fines easier to pay. The program also enlists volunteers to support technology and open data efforts in their own cities. The Code for Anchorage group has built apps to help use the Anchorage bus system, navigate trails at Kincaid Park, and more.

Pahlka explained how effective use of technology and design can help the government better engage the public. For instance, Code for America built an app that allows California residents to apply for food stamps on their mobile phones. The app reduced the complex paper application process from 45 minutes to 10 minutes, ultimately increasing enrollees. However, Pahlka noted the government often lags behind when it comes to technology, perhaps due to regulation, procurement processes, and dependence on existing systems. As a result, modern solutions such as these can feel out of reach for those trying to serve the public. Pahlka hopes the steps Code for America, and similar groups, are taking will become part of a larger trend involving technology and the government.

The lecture was opened by Anchorage Mayor Ethan Berkowitz, who also spoke about the importance of technology in facilitating open government. Last year the Municipality of Anchorage appointed its first-ever Chief Innovation Officer, Brendan Babb, with a goal of using technology to increase transparency, enhance productivity, and create more public participation in Anchorage government. Berkowitz commended the efforts of Pahlka and others like her who are working to overcome obstacles and make the government work better for citizens.

Resource Data supports IT projects at state and local government agencies across the country—aiming to streamline business processes and facilitate government services—including at the Municipality of Anchorage. For instance, we are currently helping the Municipality implement a new vote-by-mail system that will make voting in local elections easier and more accessible. Learn more about Resource Data’s work.